Many of us were hoping for a nice little spring break but instead were told to lay low until this virus outbreak is under control. When you can’t travel for a holiday, this mix hopefully gives you the soundtrack of one. It starts off with the classic ‘Holiday’ by the Scorpions, and then progresses through a mix of upbeat and mellow chillout tunes that are hand-picked to give you the feeling of being in a different place, filled with new experiences, culture and different sounds of music.

This mix was actually released exactly 8 years ago under my previous pseudonym DJ Seroton in a series called Unwind. I decided to give those mixes a second life in this channel because they embody the same uplifting feel as the Chill Pills you have come to love. 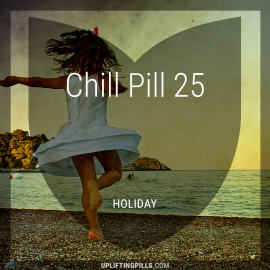